The voice of Philippine employers on labor and social policy towards the pursuit of national development.

The Employers Confederation of the Philippines (ECOP) was born on September 10, 1975 when the Securities and Exchange Commission (SEC) approved its Articles of Incorporation and By-Laws. It has the official status as the umbrella organization and a single voice for the entire business community, on important national issues related to employment, industrial relations, labor issues and related social policies.

To unify employer and employers’ organizations in order to safeguard and enhance employers’ interests in all areas of labor-management relations, including social and economic policy matters affecting such relationships, and to promote industrial harmony, social justice, and national growth.

The members of ECOP are individual corporations and other business membership organizations (BMOs) covering a cross-section of the Philippine business community.

The ECOP Board of Governors, which consists of fifteen (15) members, is the highest policy-making body of the organization. The Governors are elected for a two-year term subject to re-election. They choose from among themselves the officers of the organization, led by the President, who serves for a one-year term subject also to re-election. The policies and directives formulated by the Board are implemented by the ECOP Secretariat which is headed by a Director General assisted by a Deputy Director-General.

The beginnings of ECOP.

ECOP acquired its legal personality on September 10, 1975 upon issuance of a certificate of registration by the Securities and Exchange Commission

Three years into martial law on September 10, 1975, the Securities and Exchange Commission (SEC) issued a certificate of registration to the Employers Confederation of the Philippines (ECOP). It was the start of its legal personality, and its long and arduous road towards becoming the “single voice” of the entire business community on important national issues that involved labor and social policies.

Its specific objectives are as follows: (1) to represent and enhance employer interests and to formulate and recommend policy proposals on all issues affecting labor-management relations, as well as other social and economic policy questions before governmental agencies or instrumentalities and/or regional or international for a; (2) to enhance professional and ethical management practices and standards for effective and harmonious labor-management relations; and (3) to encourage and ensure the success of a tripartite consultation machinery to the end that workers, employers and government worked harmoniously and effectively towards greater productivity and national progress.

Prior to the incorporation of ECOP, the employers of the country were represented by many organizations, and among these were the Chamber of Commerce of the Philippines (CCP) and the Philippine Chamber of Industries (PCI). These chambers had their own labor committees that responded to the concerns of their respective members on labor issues. These issues ranged from labor’s recurring demands for increase in the minimum wage and for restoration of labor’s right to strike.

Emerging from their experience in tripartite meetings with labor and government and their interaction in numerous  international for a, the leadership of the CCP and PCI came to the realization that only a united organization could provide a counterpoint to the dominance of organized labor. This led to the group’s undertaking of joint positions on the burning issues of the day affecting labor-management relations. And inspired by then Labor Minister Blas F. Ople to form a consolidated employers’ organization, the two business chambers formed an organizing committee to achieve unification.

ECOP is recognized as the single voice of employers organizations to be consulted by government, together with organized labor.

On May 1, 1978, the government through Letter of Instruction No. 688, recognized ECOP as the single voice of employers organizations to be consulted by government, together with organized labor, in the promulgation of a scheme which would promote an adequate machinery for cooperation between workers and employers.

It was the beginning of true , and ECOP was ready to play its vital role.

Among the industry groups affiliated with ECOP are the following: 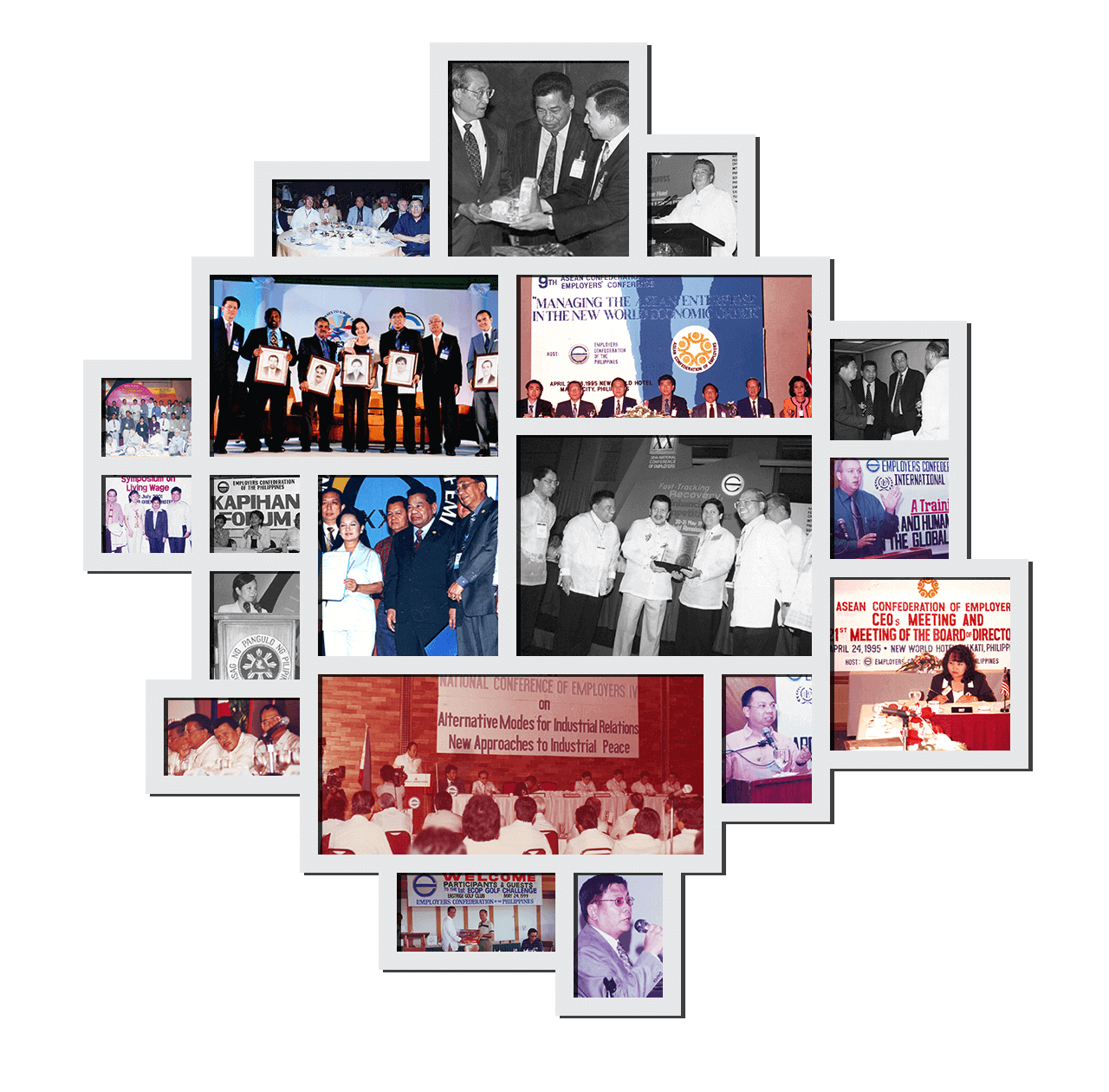 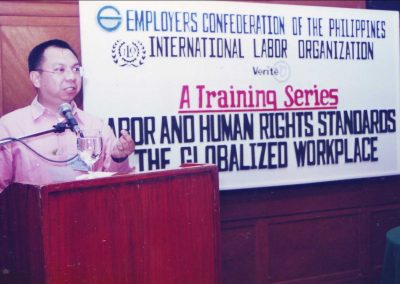 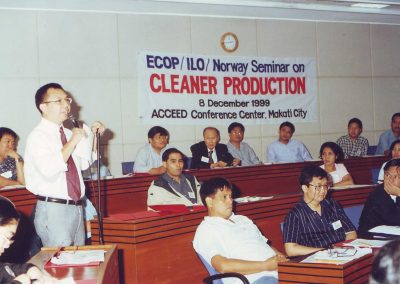 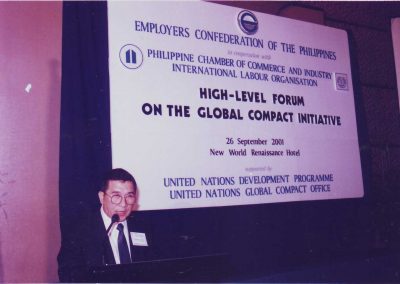 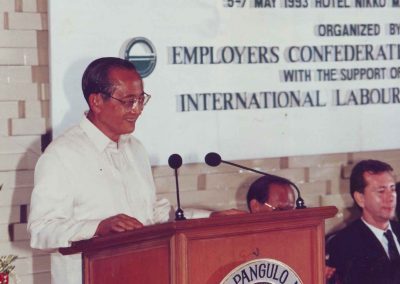 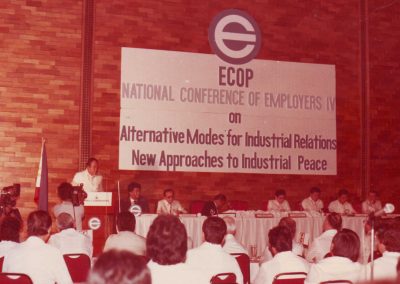 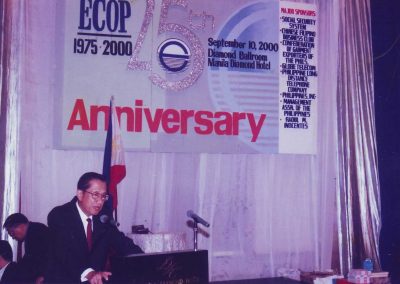 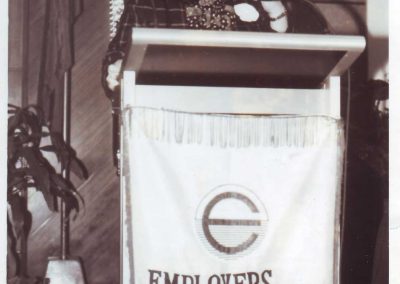 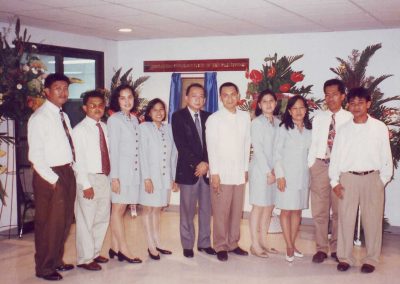 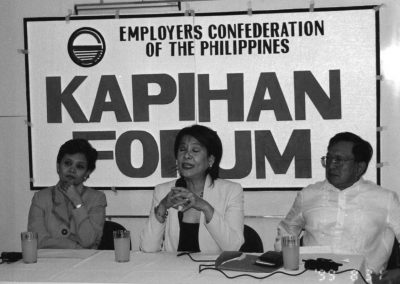