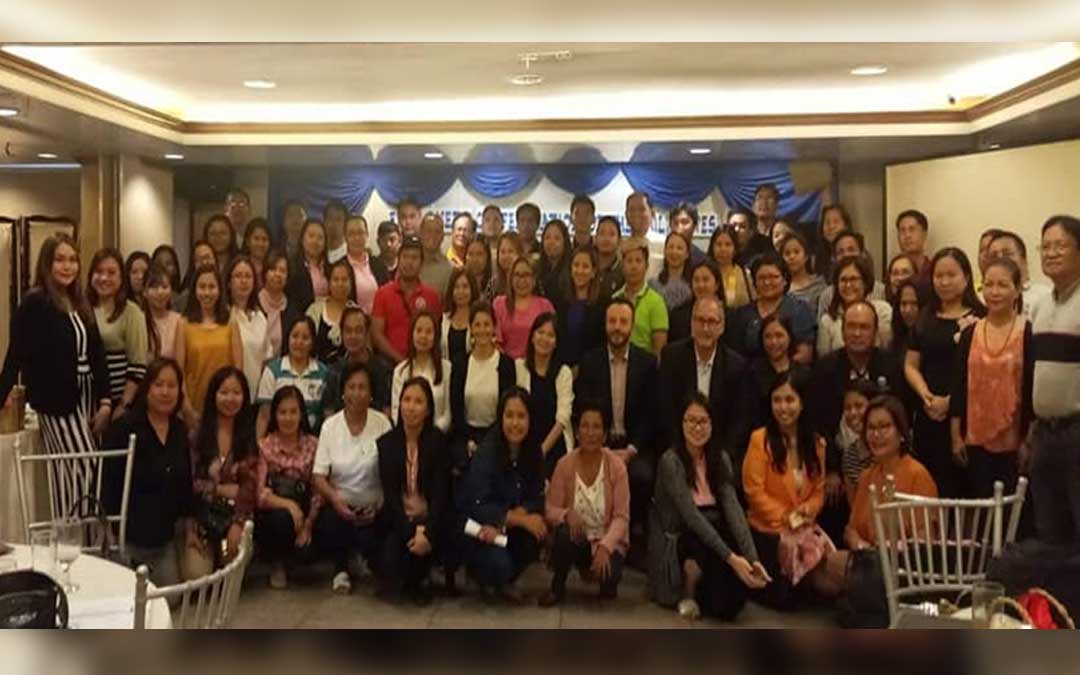 The Employer’s Confederation of the Philippines- Northern Luzon and Pangasinan Chapter spearheaded the seminar on the newly enacted law entitled  Republic Act 11058 or the Act Strengthening Compliance with the Occupational Safety and Health Standards and Providing Penalties for Violations thereof, held at Star Plaza Dagupan City on 21 February 2019. The symposium was attended by officers, employees and proprietors of various establishments in Pangasinan from educational, commercial, retail to service and food industries. It has also been graced by officials of the ILO Training Center in Turin- Messrs.  Jorge Illingworth and Zandro Pettineo- and  Daria Toschi,  Manager of Walt Disney Company- International Labor Standards.  Also in attendance were officers and members of different organizations such as PMAP, PICC, and PAPTVI.

The ninety-six (96) participants were welcomed by ECOP-NORTH President Salvador Poserio and Department of Labor and Employment Regional Director, Nathaniel Lacambra.  The cynosure of the seminar mainly revolves around Occupational Safety and Health at work, its significance and relevance in the business and how would it help the business or industry gain more profits, remain sustainable and perform at an optimum and efficient level. Dang Snyder, Project Management Head of ECOP and Kassey Del Pilar, Corporate Social Responsibility Project Manager of PhilExport discussed the International Standards, the Employer and Safety Officer’s Roles and Responsibilities and the National Situationer which pertains to the recent conditions in respect to Occupational Safety and Health. The resource speakers and the facilitators also imparted their knowledge on how hazards and imminent dangers are evaluated and how these concomitant risks are assessed in order to avoid unwanted accidents that may hamper the well-being of the employees while simultaneously avoiding damages to the company as a whole.

Before the seminar has come to its culmination, Assistant Regional Director Honorina Baga and District Officer, Engracio Bailon of DOLE shared with the participants the fundamental provisos of RA 11058 including its Implementing Rules and Regulation or the Department Order No. 198-18. They encouraged the attendees to be compliant with the standards on Occupational Safety and Health as it would not only aid the company and its employees but would also create a harmonious relationship with the Department thereby espousing the latter’s thrust on tripartism and maintenance of salutary relations among the three pillars of employment/labor. It is indeed undeniable that the event turned out to be a success as manifested by the synergy that was created by the participants, the facilitators and the resource speakers who exhibited tripartism at its finest.